Thank you to all who provided input on our Draft Trinity River Winter Flow Variability Environmental Assessment. Your input has been helpful in our effort to understand implications of the proposed action and to analyze potential impacts of the recommended flow change. Reclamation did not implement the winter flow regime in water year 2022 but the TRRP is exploring our options for water year 2023. Our winter flow analyses are now available in report format at the TRRP DataPort. 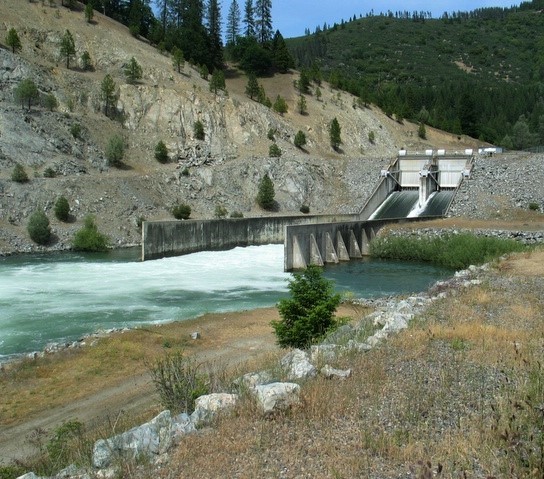 Following the 2000 Record of Decision (ROD), the U.S. Department of Interior (DOI) established TRRP to restore the fisheries of the Trinity River affected by dam construction and related diversions of the Trinity River Division of the Central Valley Project1. The Trinity River has also been impacted by past mining and timber harvest activities in the watershed, and these conditions are collectively addressed as well through TRRP’s restoration efforts.

Administered by the U.S. Bureau of Reclamation (Reclamation), the TRRP is a partnership of federal and state resource agencies, Tribes, and Trinity County. The Program works to restore the processes and attributes of an ecologically functioning river system, which should, in turn, recover diminished salmon and steelhead populations while retaining Trinity and Lewiston Dams’ deliveries of water and power to California’s Central Valley.

There are five primary components of TRRP’s river restoration work:

The TRRP is exploring changes toward how variable annual instream flows are managed (Primary TRRP Component #1) with existing ROD water from Lewiston Dam. Since the implementation of the ROD, variable flow releases (aka restoration releases) have occurred after the water year type is determined in mid-April3. An approved hydrograph (i.e. water release schedule) developed by TRRP determines how much water is released daily during this period of elevated flows. Variable releases typically extend to early summer before returning to baseflow conditions and then remain at baseflow until the following April when a new water year is determined. 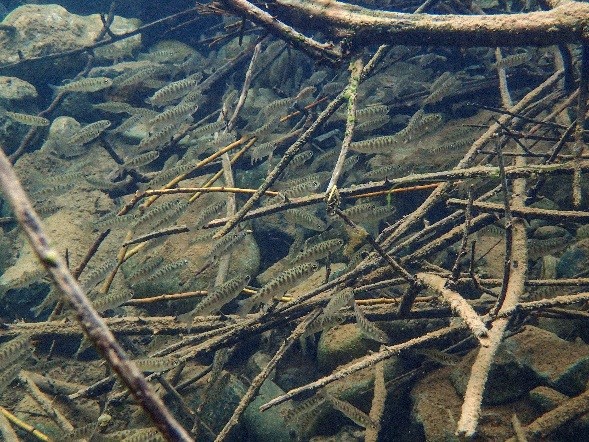 The asynchrony between flow management and the natural variability of pre-dam flows has cascading impacts on the river’s form and ecology, and perhaps the most detrimental of the impacts is to young salmon. Pacific salmon’s life history has adapted to the natural seasonal variability of flows for millions of years. Current flow management keeps river conditions unnaturally cold, which suppresses metabolic rates during the key period of growth for young salmon. Later in the spring, the unnaturally cold river delays environmental cues that trigger smolts to outmigrate to the ocean before conditions in the lower Klamath become too warm to support salmon migration.

The purpose and need for winter flow variability is to refine the timing of restoration flows using the principle of AEAM to better meet geomorphic, fish habitat, and temperature objectives of the ROD. Moving a portion of the ROD volume released from Lewiston Dam to the winter period is intended to have the following benefits to the natural character of the Trinity River:

Shift a portion of the ROD water for release during the winter to two distinct periods termed the Flow Synchronization Period and the Elevated Baseflow Period (Figure 1).

Flow Synchronization Period: Between December 15 and February 15, ROD water equivalent to 60,000-acre-feet would be released from Lewiston Dam when forecasting tools at downstream gages anticipate a rise in river levels of 4,500 to 12,000 cubic feet per second (cfs). The maximum scheduled flow from Lewiston Dam during this period would not exceed 6,500 cfs. The optimal combination of natural and dam-regulated flows to the Trinity River resulting from this flow synchronization would be adjusted downward, as necessary, to prevent flooding or damage to downstream properties.

Elevated Baseflow Period: Between February 15 and April 15, ROD water would be released from Lewiston Dam based on the Department of Water Resource’s B120 water supply forecast. Using the B120 would prevent the overuse of ROD water should the water year end up being drier than expected. During this period, a hydrograph would be developed by TRRP to schedule the elevated baseflow releases.

After April 15, the remaining ROD water would be released to the Trinity River using the same methodology that currently exists for the scheduling of restoration flows. No changes to summer baseflow (450 cfs) or winter baseflow (300 cfs) are anticipated in the near future.

The maximum winter release of ROD water under these Winter Flow Variability actions would differ from year to year based on the water year type, as follows:

Figure 1: Winter Flow Variability Actions Compared to Existing Conditions (No Action), Using the 2016 Wet Water Year as an Example.
The blue line represents the hydrograph that was implemented in 2016. Green represents the timing of hypothetical water releases that could occur with Winter Flow Variability. Grey line represents the full natural flow. The full natural flow is the unimpeded contributions from the blocked watershed area above Lewiston Dam. It shows the timing of when water would have naturally been contributed to Trinity River if not impounded by Trinity Lake.

Possible impacts related to this management action that TRRP has been assessing include: